Excerpt from new book coming from Jedwin Smith:
“I am Israel — Lions and Lambs of the Land”

Our tour group is worn out and in need of a full day of rest after four days of being transported from one Holy Land site to another.

From the Old City of Jaffa we went to Megiddo’s Armageddon battlefield. From Magdala, the home of Mary Magdalene, off we dashed to Capernaum to visit where Jesus started his ministry. Trekking to the Yardenit in Galilee, we were baptized in the Jordan River.

All we’d experienced so far was awe-inspiring. Walking in the very footsteps of the faithful ancients you read about in the Bible also was a tad mind-numbing. Few in our group were those who didn’t have difficulty recalling with precision the who, what, where, and when of the tour’s presentation.

Tourism in the Land is a highly competitive business built upon the axiom of more bang for the buck. Therefore, nine- to twelve-hour days are the norm, cramming in as many historical sites as imaginable. Since there is not a level piece of ground anywhere and parking is at a premium, there’s a great deal of walking steep streets amid sauna-like temperatures. Blessed were those who kept a diary of their brisk visit. They could revisit their notes and later remember at their leisure.

But on Day Five we’re on the move again, luggage in tow as we shuffle onto the buses, departing our Tiberias hotel along the Sea of Galilee, headed south toward Jerusalem.

Before finally entering God’s City, however, we will first visit the fabled plateau of Masada. At almost two-thousand feet high, the mountain fortress is home to where Jewish commander Eleazar ben Yair and his desperate band of nine-hundred and sixty men, women, and children made their final stand in 73 A.D. during the Great Jewish War against the Romans. 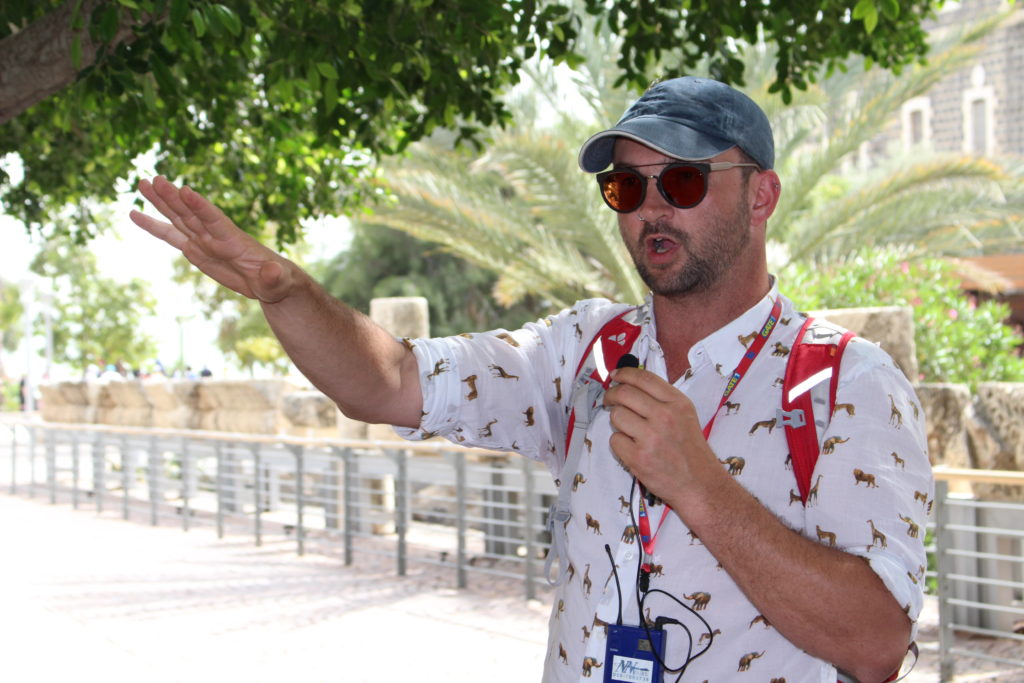 As we traveled across the vast Judean desert, Ilan Lonai Weiner, our guide, gave us a historical perspective of the Tenth Roman Legion’s siege. For more than a year the vastly outnumbered Jewish defenders zealously defied the might of a veteran army in excess of ten thousand — about the same odds Crockett, Bowie, and Travis faced with their fellow Texicans against the might of General Santa Anna at the Alamo in 1836.

In both instances, the outmanned, defensive forces met with the same catastrophic result — complete annihilation. Under orders from General Flavius Silva, one of the top Roman commanders of Titus in 70 A.D., the defeat of Jerusalem and the destruction of the Jewish Temple would be successful.

“Imagine, if you will,” Ilan said, “how powerless the defenders at Masada must have felt.” They watched for almost three months as Roman soldiers methodically constructed a higher and higher earthen siege ramp against the western face daily rising toward their stronghold. They saw a ramp which would ensure the slaughter of its defenders, or worse, enslavement. Masada’s climax was neither.